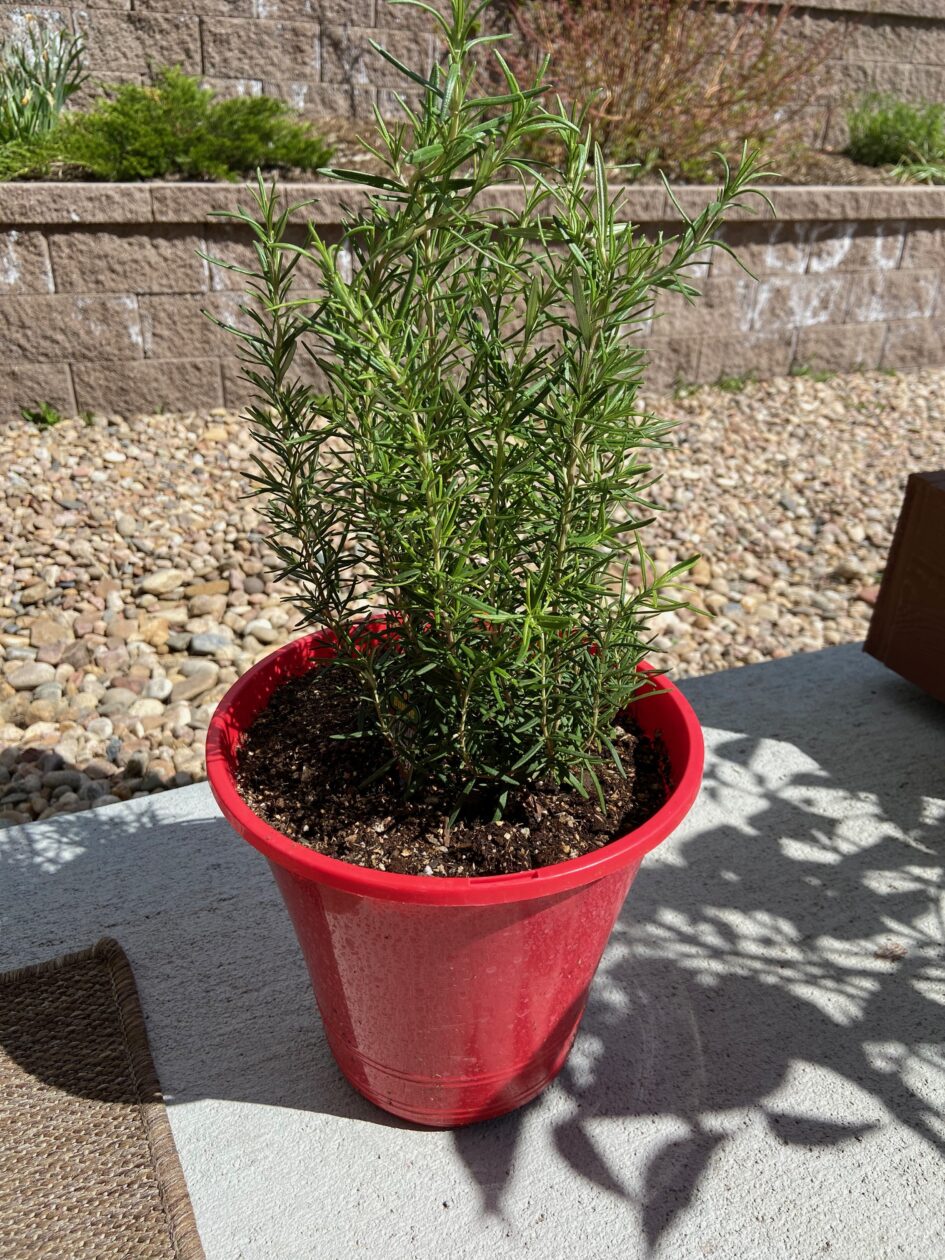 This brings me back to the beginning of my gardening life, as containers were my jam during the decade I spent in Chicago. I feel I should also mention that, other than a few herbs, I really prefer my plants not to be useful – no vegetable gardening for me, thank you very much. I leave that to the experts and I’m glad to support local farmers at local markets and leave the troubling dance of the inevitable war with bug and pest to them. (Vegetables are tasty and desirable to all, including those truly loathsome looking cabbage worms! Ick.)

No, I love flowers, and ferns, and hostas, and our brave but misshapen little pear tree.

Last week I was re-potting a rosemary that I got at the local grocery, chosen because it was somewhat astonishingly lush and large for the size of its pot. In fact, the roots had grown all the way through and around the bottom of the pot, almost like a cushion.

As I was doing this, I felt like the Lord said, You could have just ripped off some of the roots and the plant would probably be OK, and that would have been much faster. But you chose to be careful and that’s taking a while. Aren’t you glad I do this with you as well?

I thought, well, yes. I am glad. I noticed that, in order to cut the pot away, I’d was having to jostle the plant a bit, turn it upside down. Even though I was handling it as carefully as I could, I felt maybe I should explain. Rosemary, I said, Don’t worry, I won’t drop you. This will be over soon and then you will have a nice new house that’s the right size for you. You’ll really be able to spread out and grow then.

I started to think of the many times I felt I’d been turned upside down, that I’d felt displaced from my realm of comfort. I thought about how it’s often only in retrospect that we understand when and how growth was happening. At the time, it’s just uncomfortable and messy and you feel like you’re exposed.

I started thinking about confinement. This is a word we are using quite a lot in the current world circumstances! It’s about limits, restricted movement or liberty – maybe, like my little plant, being jammed into something too small. It is also a word that can be used to describe “the concluding state of pregnancy, from the onset of contractions to the birth of a child.” In other words, the very last mile of a long journey – the last push before the birth – the step immediately prior to something new.

My little plant isn’t confined anymore, it has a nice new shiny red pot. Depending on how much and how quickly it grows, I may have to re-pot it again later in the summer so it can have a larger, more appropriately sized home. It seems pretty happy, so that will probably be soon.

I don’t want to be confined anymore either. I want to let the Gardener pick the right pot for me, as many times as needed, because I want to keep growing into whatever His vision is for me.