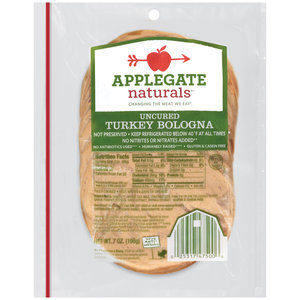 Dear all, the post below was (mostly) drafted on December 27, 2014. That’s a long time ago. In fact, that’s bologna. Or baloney. Except, well – read the below about that. I can now see that I was held up in posting this due to a) no photograph of the sandwich in question (unfortunate!) and b) a second recipe I wanted to reference but hadn’t yet written up. In the interests of not holding this even one day longer, since 1379 days is PLENTY, I’m setting it free. It’s a bittersweet post, though, because THE KEY INGREDIENT IS NO LONGER AVAILABLE. For the record, I still believe in this sandwich. Perhaps one of my dedicated readers, of which I believe there are three, may have happened upon a suitable substitute? I can also hope against hope that someone at Applegate googles things and this will be one more small voice calling for the return of a bologna that changed lives. It really did.

All of that said: O MY PROPHETIC SOUL. To have titled this “No Baloney” seems oddly prescient.

Anyway … I’m back! No baloney.